George's "Cats and Dogs" and other treasures

George loves cats and dogs, as long as they are inanimate or 'stuffed.' He was not much afraid of them, at least not cats, but he did not want the chore involved with live animals of feeding and cleaning up after them whereas his stuffed toy animals did not.  He named them after his heroes like 49er great Jerry Rice or Rin Tin TIn or other celebrities.  He referred to them as if they were his imaginary companions, friends, and playmates. They are his friends, loyal and love-able. He would often carry a stuffed dog or cat in his pocket when he went out on the street.  Like young children taking teddy bears with them at bedtime, George found comfort with some stuffed pets and toys. 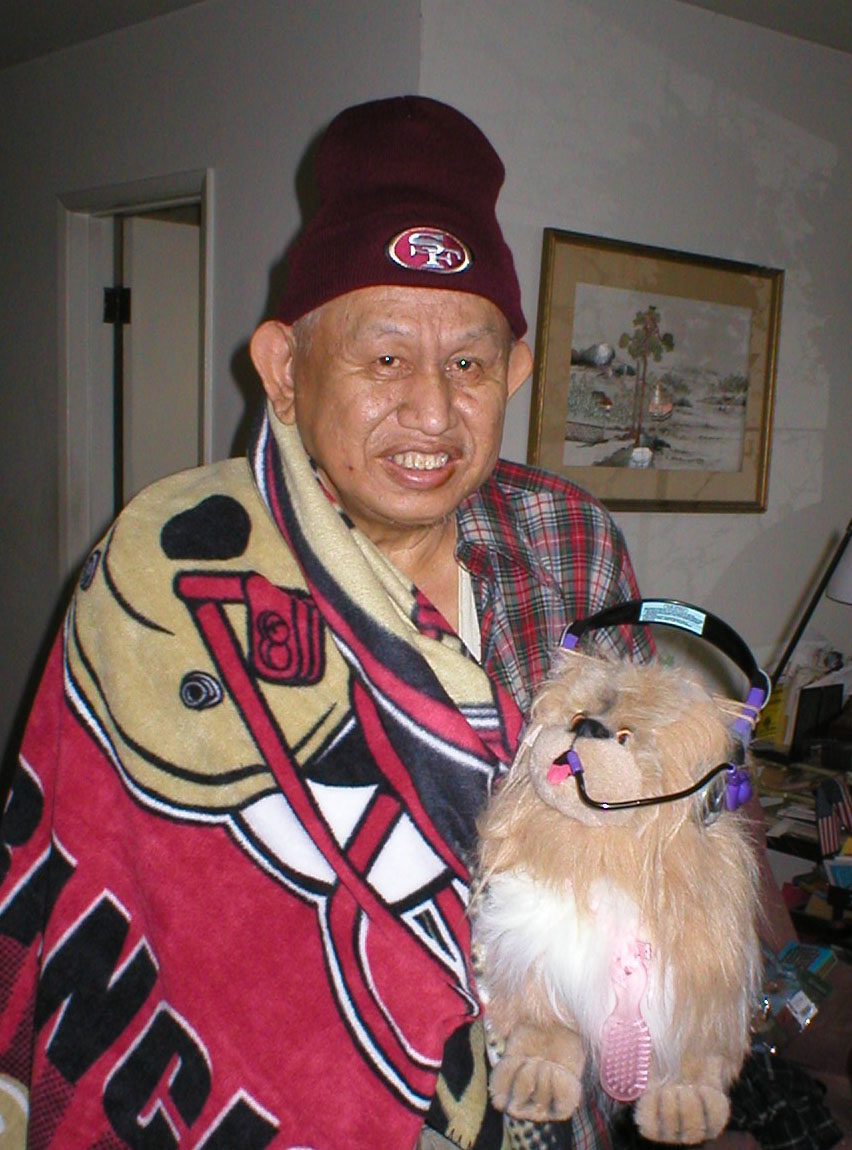 George also collected dozens of 'action figures' starting with G. I. Joe figures. These were green plastic soldiers about 2 inches long in various 'action poses' with their rifles, although at the time the term, "action figures" had not yet been coined.  Naturally, eventually he started collecting all the Star Wars action figures. (He had enough R2 D2 figures that he used as pawn pieces on his chess board)  Any posters, photos, and objects associated with movies or local t.v. stations were highest on his list of collectibles.  When MacDonalds created Happy Meals, he eagerly collected the toys that came with them.

Below, George is playing with two of his nieces, Gigi and Liz, and nephew Richard, but when he spotted a camera he whipped out 'doggy d' so he could be included in the photo as well. 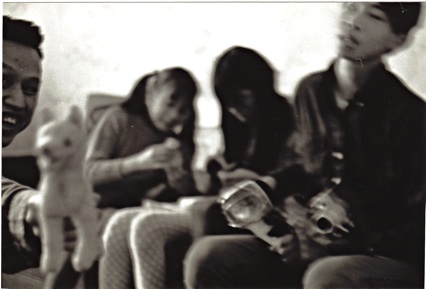 George was capable of learning when he was interested in the topic such as movies and later, television.  The two letters below that George wrote in 1968 to his brother John show that while they are juvenile, they are clear in their message.  The letters reveal his interest in San Francisco television programs.  George was not shy,  as already noted, as he easily made contacts with local television news and weather anchors by simply going to the station and chatting with staff.  He collected autographed photos from the weather girl at more than one station.

Although he did not have strong interest or knowledge about baseball or football, George's letters show that he did root for local professional teams such as the Giants and 49ers.  And despite knowing next to nothing about the stock market, he commented about it in his letters because he knew his brother was interested.  George was adept at coining his own terms for a variety of topics. When referring to the stock market, he cleverly called it the"yo-yo".  He referred to cemeteries as "ghostland.'  He saved newspaper ads for movies, and called them "baby shows"which he treasured in his collection. 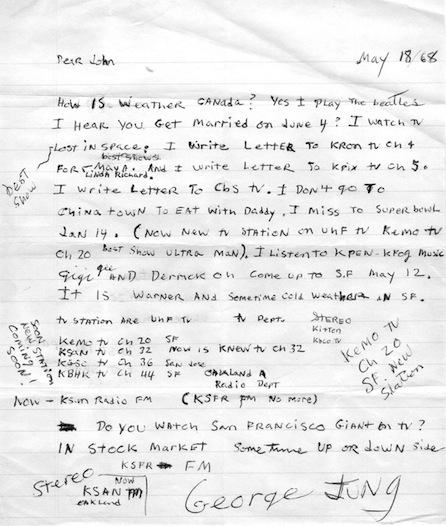 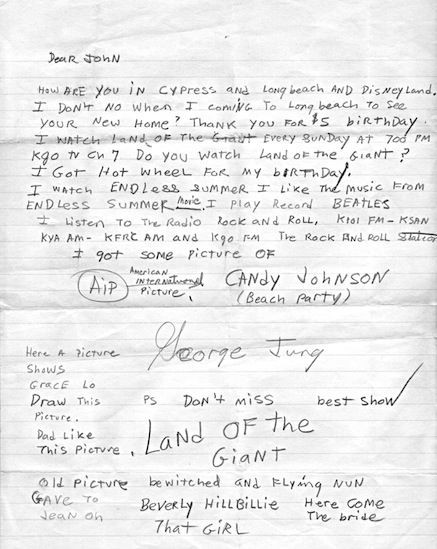