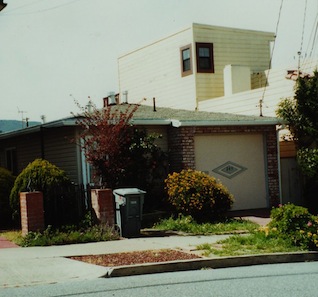 In 1990, George and his aging mother moved to San Bruno because it was becoming too difficult for her to get around the city and to climb up to the second floor flat where they had lived since 1952.   His two older sisters lived in the  San Mateo area and wanted their mother and George to live closer so they could help more often.  They searched and found a small house in San Bruno on a pleasant and quiet street only a block from El Camino Real so that they could have easy access to public transportation.

After living in San Francisco for almost 40 years, it was difficult to move all of their possessions to a new house, which was very small.  Both George and his mother were "pack rats" who accumulated tons of stuff and never discarded anything, no matter how useless it was. Now they had little choice but to throw away a lot of stuff, and it still took many trips to move their belongings from the city to their new home.  They stored a lot in the garage since they did not have a car. 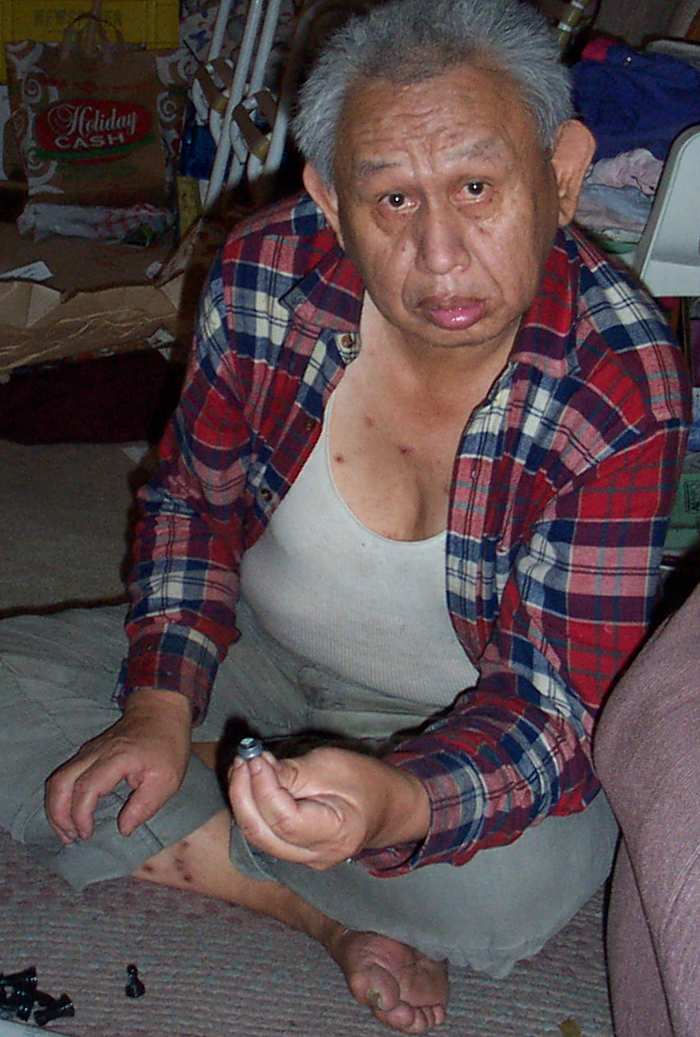 George was given a Nintendo game but most of the games were too hard for him.  But he really did enjoy placing chess on the  nintendo game and spent hours everyday playing against the computer. Before that, he would play solitaire chess  against himself, moving chess pieces on a real board but he didn't have a chance to play with a human opponent any more after his brother John moved to southern California. Even though the computer almost always won, he was not frustrated and found it a rewarding activity.

As  a hobby, George like to collect toy figures like Star Wars action figures as well as stuffed animals like cats and dogs. He loved the toys from the Happy Meals at MacDonald's.  He went to Talbots and Target often to look for new toys. George named his stuffed dogs and cats after famous people like Jerry Rice of the 49ers. 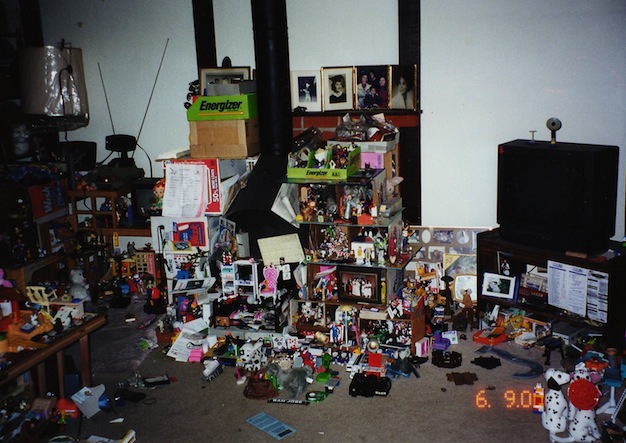 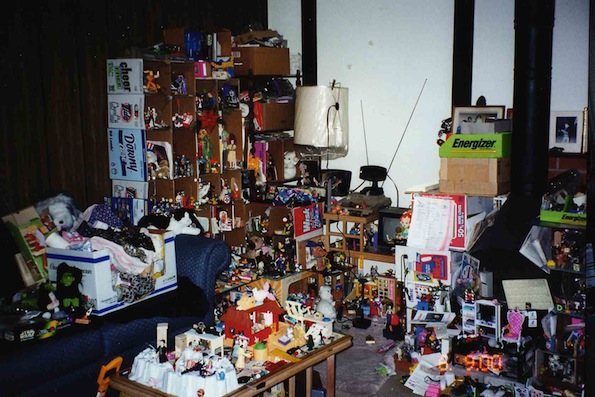 George and his mother felt isolated in San Bruno after living so long in the heart of San Francisco.  Almost daily, his mother would go, usually on foot up and down about 8 blocks of hills, to Chinatown to buy fresh food.  George would go on his wanderings almost daily on foot to visit stores and 'friends' downtown as well as in neighboring districts.  But it was a long journey using SamTrans, BART, or CalTrain to get from San Bruno to San Francisco.  For several years, they would make this trip at least once or twice a week.  As his mother became more frail, George realized that he had to accompany her and help her carry her food purchases which were too heavy for her.  He sometimes complained a bit, but did manage to take the responsibility of looking after her.

Eventually his mother had to undergo uncomfortable dialysis for her kidney problems for several years. In 1998, George's mother died after several years of declining health and failing kidneys. George was. of course, very sad, and had to learn to live alone and take care of everything without her. Amazingly, since he had no preparation for the dramatic change in his situation, he proved very adaptable and did not fall apart.  He stopped eating rice, something he ate virtually every evening when his mother was alive, because he didn't want to do the work of cooking it and cleaning the pot afterwards.  He prepared simple meals, which were actually very healthy, with lots of fresh stir fry or steamed vegetables such as broccoli, cauliflower, and spinach. George would also take the Cal-Train or BART train to Chinatown and buy a week's supply of char sui bows which he would steam for breakfast.  He also would stock a supply of weiners and make himself hotdogs for breakfast.