A New Life By The San Francisco Bay

When George was 12 years old, the family moved to San Francisco because his parents wanted the family to be near other Chinese people.  In Macon, they were the only Chinese in town.  So, while their father stayed behind in Macon for several more years by himself to run the laundry to support the family, their mother brought the 3 younger children on the train across the U. S. to California in 1952 to join their oldest sister who had moved to San Francisco several years earlier to attend college.  The train ride took about 2 days. It was the longest trip the children had ever made as they had never been anywhere outside of Macon before except for a few train trips to Atlanta which is only about a 2-3 hour train ride.  Moving to and finding our way around San Francisco was a big adventure for all of us because it was so different and much bigger than Macon.

The move was exciting for many reasons, not the least of which was that the family could now live in a 'real house' instead of in storage rooms above our laundry as they had done in Georgia.  They now had a second story "flat" that had a real kitchen, a real toilet, a living room, a dining room, and 3 bedrooms. They now had new furniture purchased from a store rather than the old makeshift furniture in Macon.   George shared a room with his brother John while their sister, Jean, got to have her very own room. They even had their first t.v. and George quickly became a fan of Howdy Doody, and then the Mickey Mouse Club.  Interesting, he also watched educational tv programs from time to time. With the purchase of the first vacuum cleaner they ever had, he found it more enjoyable to clean than using a broom! 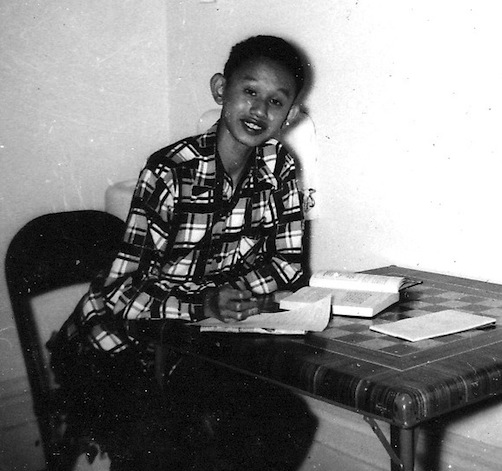 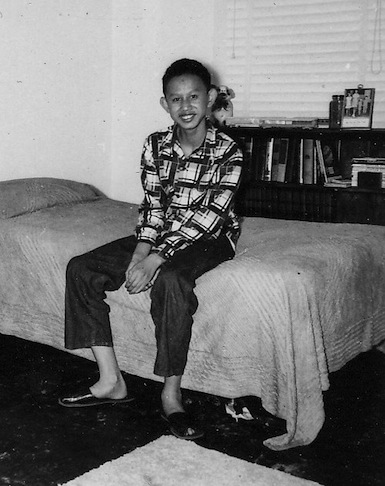 Mary, his oldest sister, was married and lived about 4 blocks away when the rest of the family joined her from Georgia.  She was expecting her first child, Richard, while husband Eddie was still in the Navy.  George enjoyed playing with Mary's 4 children, Richard, Liz, Marilyn, and Gigi after each of them reached about the age of 2 or 3, but by the time they became 6 or 7, they became less interested in playing with Uncle George because of his child-level mental skills. 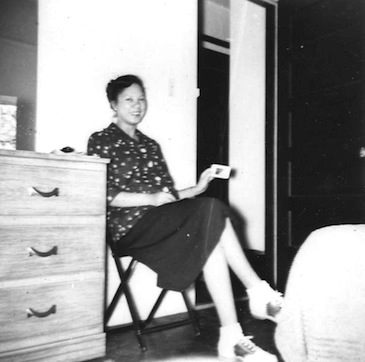 Their mother found a place for  the family to live above a laundromat. She bought and operated the laundromat by herself, with help from the children for several years before my father sold his laundry in Georgia and came to join us in S. F. 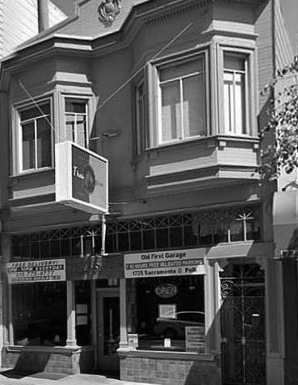 The above picture of our building shows the flat where we lived from 1952 to the early 1990s.  After the parents retired and sold the laundromat, the store housed several different businesses including a hobby store and several restaurant, the latest being a Thai restaurant whose owners now live above it in the flat where George and his family lived for about 35 years. 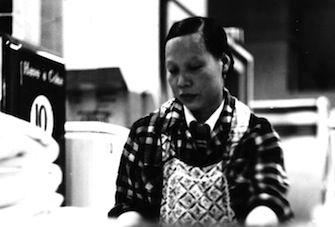 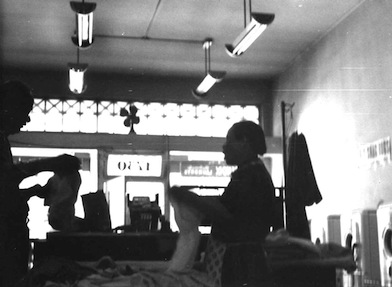 George attended Lombard School on Hayes St. when we first came to S. F., but he did not like school and soon stopped going. The school district in San Francisco was not much more helpful than the one in Macon in finding appropriate education for George.  They 'failed' him and could only attempt some vocational training for him with a warehouse job near Chinatown with Mr. Ming but he did not like it. 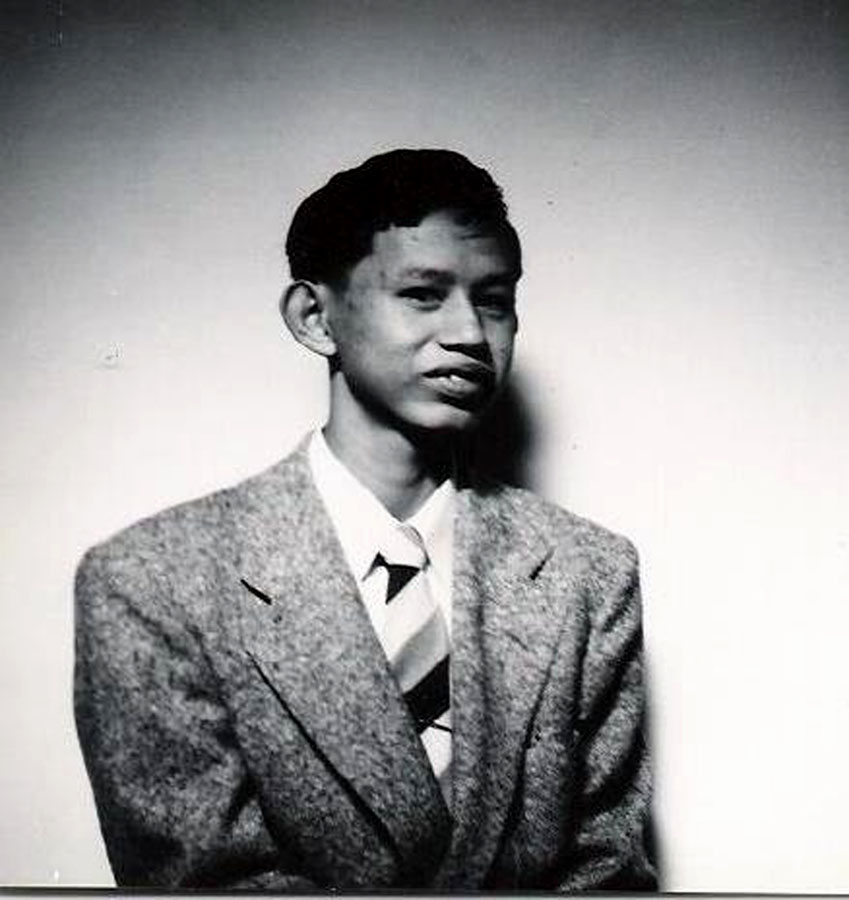 George found  he could help out in the store beneath our Polk St. residence after we closed our laundromat that had been there. Frank Lee rented the space and had the ABC Hobby Shop there which was very popular with young boys because he has a slot car race track in the store.  George did not get paid but he liked to hang out in the store and help out in some small way.

Since he was not going to school, George had lots of free time which he used to make friends with some of the store owners and managers along Polk St. George also 'volunteered' free help down the street at Weinstein Stores by passing out flyers for their sales. In Georgia in the early 1950s, tv was not available. The nearest tv station was 100 miles away in Atlanta in those days. When we moved to S. F. in 1952 there were 4 or 5 tv stations so we got our first tv set and could watch all kinds of shows.  George liked Howdy Doody, cartoons, war movies and documentaries like Victory At Sea, and sometimes, the National Educational Network station which helped him learn to read. It was the forerunner of PBS.

George also liked the many movie theaters in downtown S.F. like the Fox, Orpheum, Loew's Warfield, Golden Gate. They were much bigger than the ones in Macon.  And, there was also a theater two blocks from the flat where his family lived, the Royal Theater. 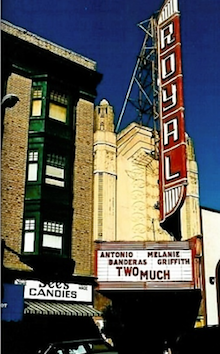